Steve Mascord – born Andrew John Langley – was obsessed with rugby league and rock’n’roll. Long after almost everyone he knew, he clung to these things like twin teddybears, turning at least one of them into a career and making a bit of money out of the other.

But he spent all this money on …. rugby league and rock’n’roll. At the age of 47 he owned precisely nothing aside from hundreds of records and CDs and almost every edition of Rugby League Week ever printed. He was unmarried, had no car or property and was the proud owner of $50,000 of credit card debt.

Then one day he discovered the truth about himself.

He always knew he was adopted but it turned out he was part of a bohemian family, his mother forced to give him up after suffering a mental breakdown. She searched for him until her dying day. Steve met uncles and cousins and aunties he never knew existed and for the first time in his life he felt whole. And he looked around that storage room full of CDs and football magazines and felt sad; a sense of loss.

He appeared in newspapers and on radio and television and people thought he was successful but had he really created a life for himself? Or was he living in a childhood fantasy, compensating for what had been missing, ready to fall down on top of him as traditional media imploded?

Steve thought ‘enough of being Steve Mascord, who is not a real person. Time to finally be Andrew John Langley’.

Having figuratively thrown all his toys out of the cot, he decided to conduct an audit. Which ones to pick up off the floor and keep in his new life, and which to leave laying there forever.

Click on one of the links below to order Touchstones. More to come! 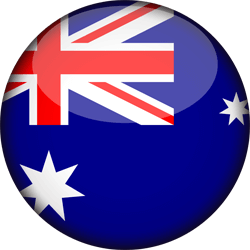 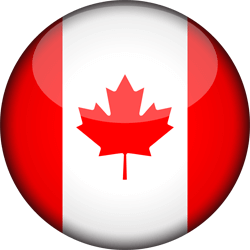 ON one hand, writing about commentators just exacerbates the problem.

THIS wasn’t an easy clipping to find, despite the fact that in 1991 my Australian Associated Press match report from the Penrith-Canberra grand final was sent to every newspaper in Australia.

ANOTHER YEAR, another Melbourne Storm grand final appearance. Once again the Storm buck the doubters and critics, and continue to excel.

DESPITE the economic pressures of Covid-19 and the dramatic downturn in print media production, this year’s NRL grand final match programme will be published – for the first time – in Sydney and London simultaneously.

With the traditional Australian match guide, Big League, placed in mothballs in March, LeagueUnlimited.com have been producing an on-line substitute.

And merchandiser Mascord Brownz have in recent months been publishing the magazine, making custom changes for Northern and Southern Hemisphere print editions.

The two organisations now find themselves as the figurative last men standing as the NRL grand final between Penrith Panthers and Melbourne Storm approaches at ANZ Stadium this Sunday.

Editor Tim Costello’s gold-themed cover for the historic publication – featuring Cameron Smith (Storm) and Nathan Cleary (Panthers) – has now been unveiled and the magazine is on sale in Australia and the UK.

In the UK, Mascord Brownz is halfway through a crowd-funded run of 10 weeks publishing The Front Row. The editions in future weeks will feature all three State Of Origin matches as well as the run home to the Super League grand final.

Programs printed in Australia can be purchased HERE

Programmes printed in England can be purchased HERE

I WAS watching the Super League game between Salford and Warrington a couple of weeks ago and something was gnawing at me.

“WE met online”. Wouldn’t you like a penny for how many times you’ve heard that in recent years?

ON the 24th anniversary of the Federal Court giving Super League the green light to kick off in Australia, a book about rugby league’s most divisive and influential year has been launched.

Journalist Steve Mascord will release Two Tribes: The untold story of rugby league’s divided year and the birth of the NRL in mid-2021.

On Sunday October 4 2020, he announced what was described as a “digital installation” at twotribes.substack.com which will run until December 19, 2022 – the day the National Rugby League was formed by a vote of ARL clubs at Moore Park.

The site will chart the entire period building up to, and immediately after, the only time in the sport’s history there were competing elite competitions – 1997 when The Australian Rugby League and Super League competed for attention in the Australasian market.

Original source material including clippings, videos, interviews and other archival content will be complemented by Mascord’s personal reflections of each event and detailed footnote resources.

However, the book and the Tribes Tribune will be completely separate with no duplication and no compromising of any exclusive material in Two Tribes.

A US$45 subscription entitles readers to a copy of Steve’s first book Touchstones in the mail immediately, one of the first editions off the presses of Two Tribes next year and 27 months of content at the Tribes Tribune.

WATCHING the Roosters get trounced by the Rabbitohs 60-8 was not how I expected to spend last Friday night.

ACCESS details have been released for tonight’s special Betfred Super League broadcast in Australia, South East Asia and parts of the Middle East.

The clash between Hull Kingston Rovers and Leeds Rhinos from Warrington’s Halliwell Jones Stadium is being shown by rugbyleaguehub.com at 11.30pm Sydney time and can be accessed via this link: https://watch.rugbyleaguehub.com/#/play/49769/51903

Tonight’s match – played behind closed doors as per Covid-19 regulations still in force in Britain – gives Hull KR the chance to make amends for their elimination from the Challenge Cup at the hands of Leeds only six days ago.

In team news, German international Jimmy Keinhorst is in contention for his first Rovers appearance this year while Brett Ferres and Adam Cuthbertson return to Richard Agar’s Leeds squad.

rugbyleaguehub.com launched a relationship with Super League this year which involved streaming rights – some games live, others on replay – into Australia, South East Asia and parts of the Middle East.

The partnership was reactivated last Thursday with the game between Wakefield and Huddersfield from John Smith’s Stadium.