IT’S a rather strange dichotomy: players in Australia have never been better paid yet nor have they ever been more militant.

Since the last Bondi Beat, the National Rugby League has secured a satellite TV deal with Rupert Murdoch’s FOX Sports which has taken the total television rights contract to A$1.8 billion – with overseas to be added.
Securing this contract – which involved terrestrial broadcaster Nine selling back one Saturday night game to Fox – allowed the League to put out a draw for the new season.
Only problem is, after making all the right noises regarding player welfare (and giving the Australian team an autumn of) they didn’t actually ask the players first. It’s not the first time the game’s stars have been brushed.
Much work was done on a season of only 22 games, only for the former NRL chief executive David Smith to settle on 25 without telling anyone when a $925 million terrestrial deal was done.
Suddenly, industrial action was being discussed. The RLPA recruited the former boss of the AFL Players Association Ian Pendergast, as it’s new boss. The Aussie Rules players are a bigger political force in their game but, interestingly, they also agree to a draft – which is rugby league players traditionally oppose.
A rebellion from clubs was averted but one by players is still a possibility.
The big bugbear of the players is the five-day turnarounds between matches. Before the formulation of the 2015 draw, we were told they were to be eliminated. Now, they’re back – and while Monday Night Football is about to enter its final season, the advent of Thursday night games means completely eliminating them is going to be tricky.
Calls to change the draw have fallen of deaf ears and the NRL has even stopped well short of apologising for not consulting players before putting it out.
Michael Shenton’s column in last month’s Rugby League World brought the matter into sharp relief; players have short careers and have trouble focusing 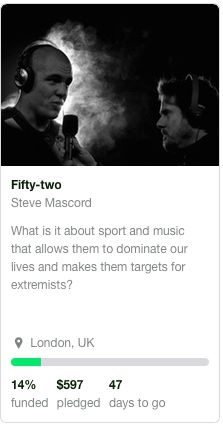 on the long-term lot of their brethren. It’s often every man for himself.
But with the clubs also knocking down the door of NRL chairman John Grant for cash, asking for 130 per cent of the total salary cap in funding, could we one day see the day where the middlemen are removed from the equation?
The NRL owns the team names and colours. Why can’t it simply employ the players directly, appoint 16 coaches and 16 identical offices and operate like McDonalds?
.
IT’S common for Australians and New Zealanders in Super League to have clauses in their contracts which allow them a quick getaway if opportunities arise at home – all of which must make British fans feel a bit unappreciated.
But the Aussies seem to be getting a taste of their own medicine with Tom Burgess travelling to New York to trial with a couple of NFL franchises.
This has been characterised in the South Sydney came as Big Tom trying to ‘better himself’. Please. Tom Burgess is an elite athlete of international standard who is risking injury by training during the off-season in a completely different sport while under contract!
The fact that such a proud club as South Sydney can take such a subservient role in regard to the NFL proves that my dire warnings in this column over the years may have finally come true.
European soccer and American sports rule the world and we’re all sitting around fighting over their scraps.
.
AS an old Illawarra Steelers fan, I was thrilled to read that Wollongong-loving media tycoon Bruce “Commissioner” Gordon was about to buy the Dragons.
Previously, Gordon – the man who owns WIN TV – owned half the mighty Steelers which meant he owned a quarter of the Dragons.
We Illawarra types have lamented the shrinking influence of the scarlet half of the joint venture in recent years, even though the training base is smack bang in the middle of the steel town.
The joint venture seems to have 50 jerseys, of which not one is the old Steelers design!

Maybe Bruce can change their name to the St George Illawarra Steelers?

FURTHER to my earlier item about Gary Carter, as I write this I have just come back from visiting him in the Royal London Infirmary.
While it was a harrowing experience to see a mate hooked up to all number of contraptions, today was also the first on which has been able to speak.
Gary can move all his limbs, he smiles at jokes, squeezes your hand and answers any question put to him with a nod or a shake of the head.
The capacity of the human body to heal is indeed a wonder. I know that Gaz is grateful for everyone’s best wishes and encouragement, as well as to those who donated to his appeal. His wife Gemma is an incredible woman.
I am sure that by next month I’ll be able to report even more profound improvements.

.
MAL Meninga’s appointment as Australian coach since the last Bondi Beat deserved to attract publicity – just not for the reasons it actually did.
The likes of former NSW coach Phil Gould reckoned paying Meninga to be a full-time national coach was a waste of money. Clearly, even in its most prosperous nation, rugby league just isn’t important enough for the Test coach to be paid much money.
What should have actually caused a storm was claims from the Papua New Guinea Rugby League that Meninga was still contracted to them when he signed up with the green and golds.
According to Kumuls CEO Bob Cutmore, Big Mal was supposed to be their coach until after the 2017 World Cup. While he informed Queensland of his decision to leave the Maroons’ loving embrace, he did not pay the same courtesy to PNG.
Customer said he only received a call days after Meninga was paraded before a media conference in Sydney.
If it’s true, it’s pretty shabby. Now the man who missed out on the Australian job because he didn’t want to be full-time, Wayne Bennett, might get’s Mal’s sloppy seconds in Port Moresby.
.
IT’S a little curious that Steve McNamara was’t immediately reappointed following the Test series win against New Zealand.
Instead, there was the beginning of a long debrief from the series, Steve returned to Australia and an RFL spokesman said there was unlikely to be a decision until the new year.
You would imagine Steve’s position would have been strongest immediately after the series win and that every passing day allows Red Hall to further hedge its bets.
No doubt Wayne Bennett – who helped win New Zealand its first World Cup in 2008 – would be top of Nigel Wood’s shopping list.
McNamara rightly has support amongst the players to keep his job until after the next World Cup, Under his guidance, they beat the number one country in the world.
But few coaches have reason to grumble when they are replaced by Wayne Bennett Just ask Anthony Griffin.
Twitter @BondiBeat

This site uses Akismet to reduce spam. Learn how your comment data is processed.